The churchyard at Stirchley was used for the burials of departed parishioners from the time the church was built in the 12th century. However, it was not until the 18th century that people began to erect gravestones to mark the burial place of their deceased relatives. And then it was only the wealthy who could afford to pay for such memorials. Into the 20th century many people were laid to rest here in unmarked graves. Their names are recorded in the Parish register.

An extension on the north side was made to the churchyard in the second half of the 20th century. A number of the memorials here now commemorate cremations as well as interments.

Both the original churchyard and its extension were closed to new burials in 2004.

One of the oldest gravestones at Stirchley commemorates Thomas Johnson, Gentleman, who died on 12 April 1764 at the age of 68.

who departed this life

who departed this life

Thomas Botfield was one of three brothers who were responsible for the introduction of industry to this rural community in the early 19th century when coal and ironstone mining, iron founding, and brick making were started in the northwest quarter of the parish within reach of the Shropshire Canal.

The arrival of industry was the result of a partnership between I H Browne, who owned of most of the parish, and the Botfield brothers, William, Thomas and Beriah of Dawley who had already established collieries and ironworks on Browne's Old Park estate in Dawley in the late 18th century. In 1811 they took a lease on Browne's Stirchley Hall and Grange estates, gaining access to the minerals under most of the north and west of the parish. And from then until c1840 they established collieries, ironworks, and a brickworks here.

The earliest mining here was the sinking of a shaft by William Botfield early in 1811 in the west of the parish. By 1822 there were four coal pits. The last to close was Grange colliery in 1894. Ironworking was started c1826 by the Botfields. Blast furnaces were built at the south end of Randlay reservoir and a forge and rolling mill were opened c1828, west of the Shropshire Canal. The furnaces and the mining royalties were leased to the Old Park Iron Company after Botfield's lease expired in 1856. The Stirchley chimney and furnace were built on the site in 1873 by Wellington Iron and Coal Company, but due to the firm's bankruptcy in 1877 the furnace was never fired. The works was shut down by 1885. However, the chimney remains as a landmark in the area to the industry that once was here.

In 1838 Thomas, William, and Beriah Botfield provided 120 new sittings by building a north aisle which incorporated a gallery for their workmen. The gallery extended into the nave, cutting into, and partly obscuring, the medieval chancel arch. The gallery was subsequently set back to cleare the chancel arch.

The rector at the time of William Botfield's death was Rev Roger Clayton.

There is every reason to believe that any rectors of Stirchley who died in office, of which they were many, were buried in the churchyard here. See Rectors of St James'.

However, the gravestones of only four have survived: 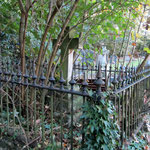 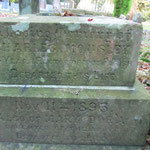 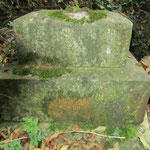 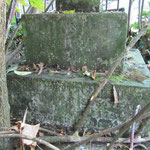 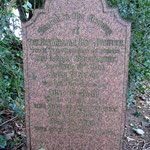